Please welcome Alex Davenport for the first ever guest post on my blog! Be nice to him, now.

An Un-Wellcome Divergence from the Evidence

On Saturday the 29th January I decided to go to the science museum with some friends.  I am in love with the science museum.  It has always sparked my interest and I think what they do to get children engaged with science is amazing.

My favourite part has always been the history of medicine exhibits on the 4th and 5th floors, generously donated/provided by the Wellcome trust. At least, they used to be my favourite until this particular trip.  Aside from the rather depressing feeling that the 4th floor is a little dated, the 5th floor has a lot to answer for.

There has always been the debate within science and medicine about the use of alternative medicines and their validity.  I accept that people use these “medicines” and I accept that none of my ranting and raving at them will prevent their taking them.

However, just because somebody believes in taking a sugar pill, sticking needles in to you, waving your hands chanting rubbish or blood letting, doesn’t actually make it true or a credible medicinal treatment.

This is where I was shocked at the SM’s lack of clarification for ALL of their exhibits on alternative medicine. Depressingly, the SM seems to have pandered to the whims of quacks by allowing them to create their own exhibit, and it looks like there was no quality control.

Many of you may be thinking right now,

Why does this even matter?

It matters because the SM is supposed to promote science and understanding, not fuel an ever increasingly tiresome debate between those that painstakingly research and collect data and those that appear to pick any old idea then try to convince people it works.

Exhibits A, B and C

The acupuncture exhibit states that acupuncture is being used on the NHS (fair enough, it is) and that there have been many studies on the effectiveness of acupuncture as a treatment (which there were) but that’s it.  What about the results of these studies?  Why not add in the extra line to state: whilst people believe that it works, it’s mainly bullshit (note: don’t write bullshit).

The homeopathy stand tells the case study of a girl who had allergies from the age of 3-5 (what are these allergies?) and they say that she was cured by homeopaths.  That’s right, they categorically state that homeopathy helped her.

The Chinese medicine section describes the work of a professor in Beijing (who incidentally wrote the exhibit himself) describing that he managed to treat his patients by giving them remedies to realign their qi.  Nothing about how this “qi” is non-existent.  The SM actively seems to promote the idea that alternative medicine is a credible alternative to real medicine.

Another exhibit tells people of other medical treatments in various countries and nowhere describes that these medical practices have no evidence to back up their claims.  The language used to describe each exhibit misleads the reader into thinking that the treatments work and backed by science.

Homeopaths give substances (for want of a better word) that they believe will recreate the symptoms. They also throw in a couple of “ ” around the word medicine to describe conventional medicines.  Come now, Science Museum, a little callous don’t you think?  The controversial element isn’t evidence-based treatment, it’s woo.

Apparently it’s all OK though, because time and time again they back up the claims either with patient stories, as can be seen on their video screens around the floor, and the fact that millions of people worldwide use these alternative medicines. So that’s OK, millions of uniformed people can’t possibly be wrong.  I mean, they’ve been doing it that way for thousands of years, so best to let them carry on trepanning, sticking needles needlessly (see what I did there?) into others and killing endangered species to be ground up and used as medicines.

I do not blame the Wellcome Trust for sponsoring this exhibit and after doing a little research into their policies they even state:

27. It is crucial that evidence-based research should inform policy to help address the barriers to  progression and engagement.  There is a need for more high quality and robust educational  research, and this must be combined with improved mechanisms to translate findings into  practice

So, aside from their reputation, I know that the Wellcome Trust are evidence-based but ultimately these exhibits are unhelpful, misleading and just plain wrong. As scientists and clear-minded doctors, we try to promote the idea of evidence as a means to developing effective treatments.

The science museum should be there to show the history of such a philosophy.  It should not be misleading the general public and informing them of medical “alternatives” that are potentially harmful.

It should include the CAM element of medicine because, like it or not, it is part of medical history and it is a museum, but it should make people aware that these sources of “medicine” do not have reliable, peer-reviewed collective evidence to back up their substantial claims.

Institutions like the Science Museum unfortunately do not have the luxury of sitting on the fence with issues such as these, especially when they hold a huge responsibility of informing the public.

Remember, anecdotes are not data.

My apologies for the quality of some of the photos, but they are just about visible.

Sorry about the awful post title, that was me (M).

Edit: thanks to Mike Eslea for his comment re: individual complaints –  email feedback@nmsi.ac.uk or write to: 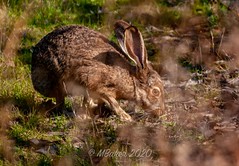 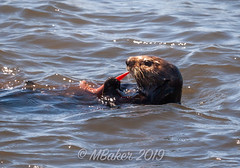 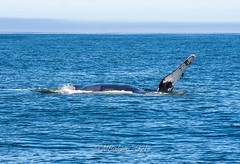