I recently discovered this podcast about linguistics called Lingthusism and we’ve really got into it, it’s great for driving and hanging out at home! Check it out; the hosts will infect you with their lingthusiasm, too!

In Episode 15 the closing remarks from Gretchen prompted me to think about how the more we learn about something, the better (hopefully!) we can contextualise it and articulate how something affects us, people we know or groups. END_OF_DOCUMENT_TOKEN_TO_BE_REPLACED

#MeToo has led to a lot of questions about what healthy interactions look like between people where at least one of the parties wants something sexy to happen. Unfortunately, a very widespread lack of understanding (and in many cases coupled with disregard for the safety or feelings of others) means that a huge number of people have been subject to painful experiences.

Sometimes men’s fears about ‘being labelled a harasser or rapist’ are absurd and absolutely should be met with derision (also, try living in fear of actually being assaulted) – if you can’t understand the difference between flirting and harassing, please get yourself some help. This is your problem to fix. Also watch this video!

But there is also a deeper problem in that we get a lot of bad information and there are vacuums that are filled with nonsense when it comes to sex and relationships, while we grow up. I recall chatting with friends around the time that the original 50 Shades film was announced (wtf?! we exclaimed – then last year brought us the second) and our discussions of abuse, relationships and sex education in schools; how bad it all is.

I don’t know who wrote this; please add in the comments if you do and I can amend!

END_OF_DOCUMENT_TOKEN_TO_BE_REPLACED

After about 13 hours of sleep post-QED, I started to write some words about it!

6 years in a row. A strange feeling walking back into a hotel room like one I stayed in 3 years ago, but quickly settling into familiarity, largely because of all the friendly faces to see and hugs to give/receive.

I haven’t been to many conventions in my time, but of those few, this skeptical event has to be the best by a long way.

Not just because the organisers are very talented and kind people I’m proud to call friends, or the consistently excellent, approachable and affable speakers, or because fellow attendees are a joy to be around (in all states of sobriety and so far from it). All of that and more.

END_OF_DOCUMENT_TOKEN_TO_BE_REPLACED

As I’m sure I’ve argued before, words really do matter in some contexts. They both reflect and define our realities, and can indicate to each other what we feel and think about things, as well as what’s acceptable in groups.

People might now switch off because “omg the PC police” but, try replacing “political correctness gone mad” with “people would like respect” and see how things look… 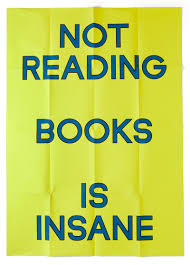 Yeah, no, it really isn’t

Today’s subject is the increased use of terms that usually reference mental ill-health being substituted for descriptors of the unusual and notable like baffling, unconscionable, inexplicable, astonishing, amazing, awesome, fantastic, brilliant, shocking, clever, super, awful, despicable, outrageous, indefensible, unfair – and many more besides; I am (sadly) not a thesaurus.

That’s a big range of stuff to throw words like crazy, insane, mad, batshit or mentally ill at. I think it’s more common in America (especially insane) but seems fairly ubiquitous now, especially in clickbait headlines (a root of many ills).

END_OF_DOCUMENT_TOKEN_TO_BE_REPLACED

As ever, the opening video didn’t disappoint – congratulations to all whose hard work made this tweaked Left Behind trailer funny and so technically impressive:

QED is my Christmas; or, what I imagine Christmas to be like for people who actually enjoy it. My family now is smaller than it was, and we do things our own way, so it’s better – but I’ve never been much of a fan. QEDcon is where I spend time with my chosen family, or most of them at least!

Topping 550 people in its 5th year, it had the same friendly, warm, welcoming and highly intoxicated atmosphere it always has. END_OF_DOCUMENT_TOKEN_TO_BE_REPLACED

Wonky-against-wall cueing in a Seattle bar

I love me a good game of pool. Or ten.

I’m not as good at it as I used to be; when I went to university to do my undergraduate degree, we had a free table in the student halls’ bar so naturally I’d go in there before lunch, after lunch, of an evening – whenever.

I wanted to get better at it. I did.

Pool isn’t one of those things people, as parents, tend to take their daughters to learn. To be fair, I did get karate, but my dad and his friends would go to the “Conservative Club” to play snooker; something entirely unsuitable for children on many levels, and I still can’t do it.

I had to make do with Jimmy White’s Whilrwind Snooker on the Amiga 500.

The real thing feels like trying to roll a football into bins at the corner of a pitch. I’m too short.

END_OF_DOCUMENT_TOKEN_TO_BE_REPLACED

A colleague asked me why I “left science” last year. I don’t really feel like I have; my dayjob involves writing about the amazing research and related goings-on at the place where I completed my PhD. I still feel connected to science; I’m just not at the bench.

Perhaps I’m lying to myself, but I’ll run with it.

While I may not be a practicing academic, many friends and colleagues are. As I now (and, for the last 15-odd years, always have) spend a lot of time online and with social networking, I watched a Google Hangout that was run by jobs.ac.uk today: Being a successful Digital Academic.

People often fear social networks, but I’ve defended them before and will continue to do so. I wouldn’t be in the position I am now without this blog, Twitter and the time I’ve spent on them, as well as the people I’ve met through them.

The hangout contained lots of useful tips for academics who are or might want to venture into the world of online chat, promotion and networking. You can find my notes here on Google Docs and the Piirus blog, too. END_OF_DOCUMENT_TOKEN_TO_BE_REPLACED